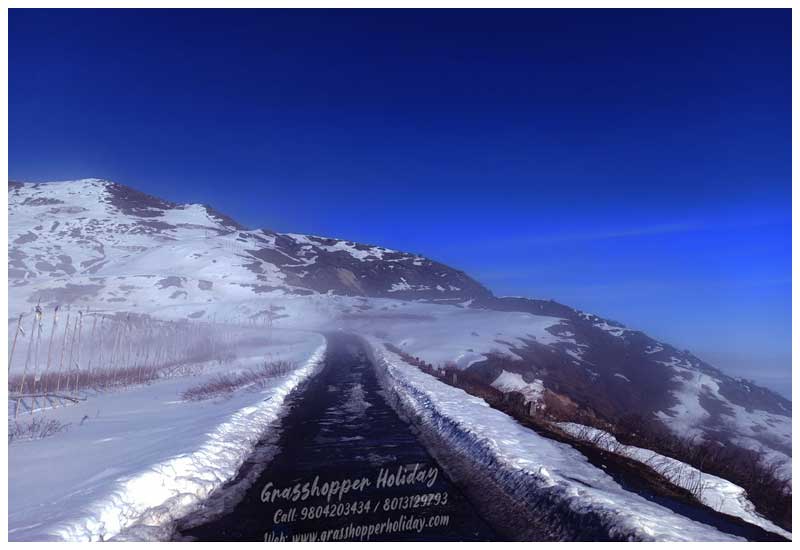 Zuluk is a small hamlet located at a height of around 10,000 feet on the rugged terrain of the lower Himalayas in East Sikkim. It is famous for the zig-zag roads which is a definitely an eye catching landscape. Zuluk offers excellent view of sunrise on Himalayas. Today it is fast emerging as a new tourist destination. It derives its tourism importance due to the excellent view of the eastern Himalayan mountain range including the Kanchenjunga. For most tourists, however, it is the base from which they explore the higher altitude tourist destinations of Nathang Valley, Kupup and Tsongmo lake.

It was once a transit point to the historic Silk Route from Tibet to India. The silk route that connected Lhasa[ (Tibet) to Kalimpong was in use even a few decades ago until the Chinese invasion of Tibet. These days it is a small village with a large military settlement, given that the Indo-Tibet border is nearby. zuluk offers pleasant weather during most of the year. The summer temperature would be near 20 °C (68 °F) with substantial difference between the day and night temperature. The rainy season is a little protracted and heavy to very heavy showers are common. The winter may see snowfall in the area of about 3–5 feet of snow.

zuluk is surrounded by wild forest, some of the forests are completely virgin. Sighting of Deer, Wild Dog, Himalayan Bear the red panda is not very uncommon. Some tigers have also reportedly been sighted in the area. A variety of birds can also be seen such as Blood Pheasant, Himalayan monal, Kalij pheasant, Snow Pheasant and others.During the summer months, the area and its surrounding hills are covered with thousands of blooming rhododendron. Dzuluk during these months, is a riot of colors due to the variety of rhododendron that can be seen here.

To know more about other destination in sikkim please click here

There are many spots around Zuluk where travelers can go for sightseeing. Thambi view point, Lungthang, Tukla, Nathang valley, Kupup Lake, Memencho Lake, Old Baba Mandi are some of the most popular tourist spots around Zuluk.

Thambi view point : Thambi viewpoint is close to Zuluk and only 14 km away.  Take a dreamlike drive down the loops with 32 hairpin turns for the most amazing ride of your life and capture mesmerizing view of the Himalaya. At an elevation of 11,200 feet it gives an amazing view , the whole eastern Himalaya can be seen from this spot including the Kanchenjunga and it is the best to the viewpoint of 32 hair pin bend in the famous zigzag road. The 32 hair pin bend zigzag road is the only one in its nature in the entire Himalayan range.

Lungthung-Dhupidara :The small Himalayan hamlet Lunghthung situated at very nearly 12,500 feet is on a ridge. Lungthung is also popular in the name of Dhupidhara. It ‘s a significant travel destination in your silk route tour . The valley offers an amazing view of Sunrise on Mt. Kanchenjunga and Winding (Zig-zag) roads of the old silk route. Lungthung valley is mostly covered with the blanket of white snow during winters, it is, therefore, the best time for the visitors who love snow.

Tukla Valley : Around 4 km in from Lungthung is Tukla valley. Located at an altitude of around 13000 feet above sea level, Tukla Valley in Sikkim offers a majestic panoramic view of Mt. Kanchenjungha .Tukla valley also  known for the battle of Tukla. British force  lead by Lt. Col Francis  assaulted Tibet through this course in 1903. They stood up to savage resistance from the Tibetan warriors and in this way started the clash of Tukla. Numerous Tibetan warriors died during this fight. A war memorial has been build  here to pay tribute to the warriors.

Nathang or Gnathang valley : The road bifurcates at Tukla. The road on the left goes to Nathang Valley and the road on your right goes to Old Baba Mandir. Both roads will meet again at a distance of about 7 / 8 km.

The left road will take you to Nathang Valley. The valley situated at a height of 13,500 ft. this valley  is popularly called the “Ladakh of the East India”. It  is one of the most beautiful places in Old-Silk-Route. Surrounded by snow-capped hills and mountain landscape.Chinese Watch Towers on Jelep La are clearly visible from Nathang valley in naked eyes.  Nathang is the highest location to stay in the Indian part of the Old Silk Route.  There’s a monastery, a temple and a small bridge over a small stream. you can also visit famous Eagle’s Nest Bunker  which is abandoned bunker of Indian army. Besides the amazing views, the Valley is also known for its splendid sunrise and sunset views at different vantage points.  Viewing majestic beauty of Eastern Himalaya during sunrise from nathang Valley is a life-long memorable experience. This valley usually remains covered with thick snow from January to April. The long four-month of sub-zero temperature makes the valley a cold desert and one of the most beautiful parts of Himalayas. The beautiful Nathang valley is an ideal place for winter snow sports. This is the only place in Sikkim where you can try skiing or snowboarding.

Kupup Lake : Around 5 kms from the junction where the road from Baba Mandir and Nathang valley meet, you will reach Kupup.  Kupup is one of the highest villages in the region, which was a recognized transit point during the silk trade between India and Tibet. This place is popular for the kupup lake. Locally known as Bitan Choo, the lake is surrounded by towering snow clad mountains. Kupup lake at an altitude of 14,000ft is another famous tourist place in east Sikkim. It is also called the Elephant lake as its shape is just like an elephant. Kupup has also earned recognition in the world map, due to the Yak Golf Course, highest of its kind across the globe..

OLD BABA MANDIR :The shrine of sepahi Baba Harbhajan is popularly known as Baba Mandir., Baba Harbhajan Singh a Sepoy in the 23rd Regiment, He was martyred in 1968 near the Nathu La in eastern Sikkim during Indo – China war in 1962. This mandir is worshiped by local people as well as army officials. . The first Bunker of Baba Harbhajan Singh, dresses, bed, even the composition work area is safeguarded here. He is revered as the “Hero of Nathula” by soldiers of the Indian army, who built a shrine in his honor. He was accorded the state of the saint by believers who refer to him as the “Baba” (saintly father).

The months of April , May & October are some of the best times to visit. During July, August and September, this place is drenched and some times road are closed due to landslides . But during this time the whole region is covered in various wild flowers. During November to March , this region receives little to no rainfall during this time of the year. During December to march snowfall is common here . The winter may see snowfall in the area of about 3–5 feet of snow. 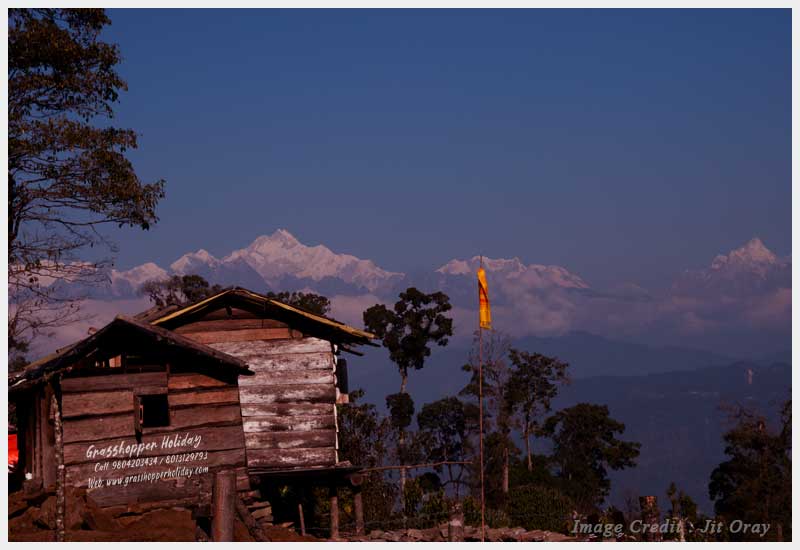 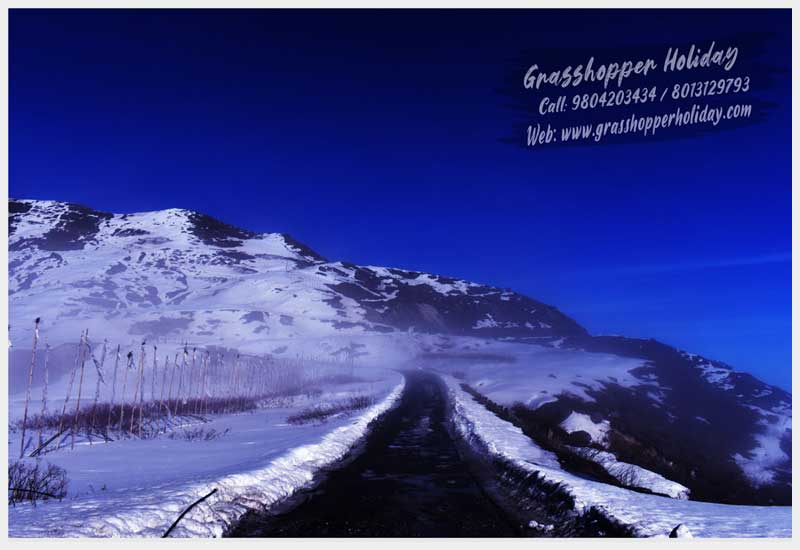 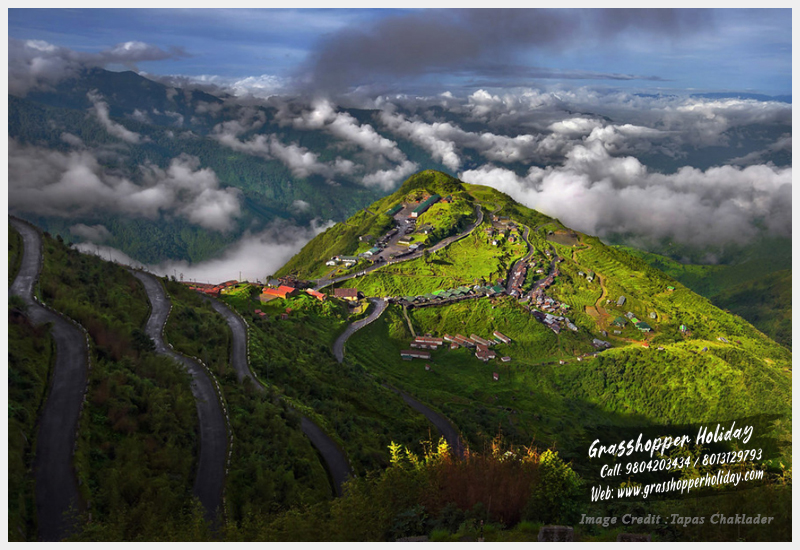 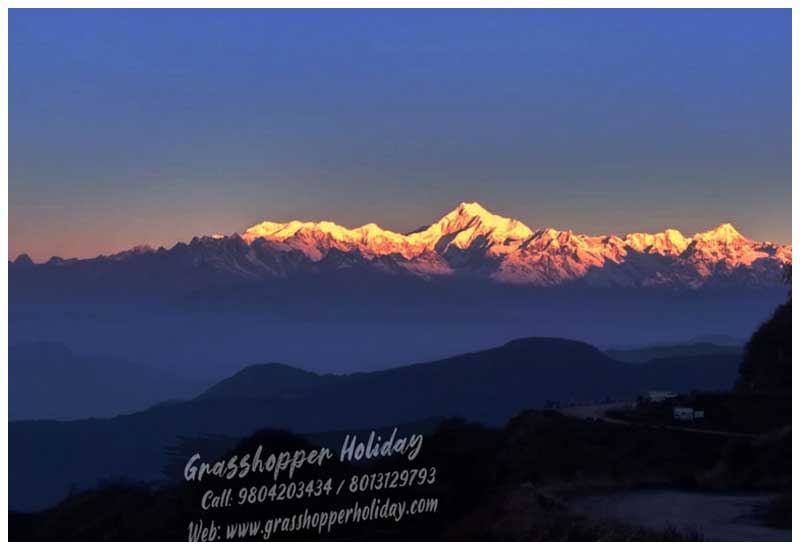 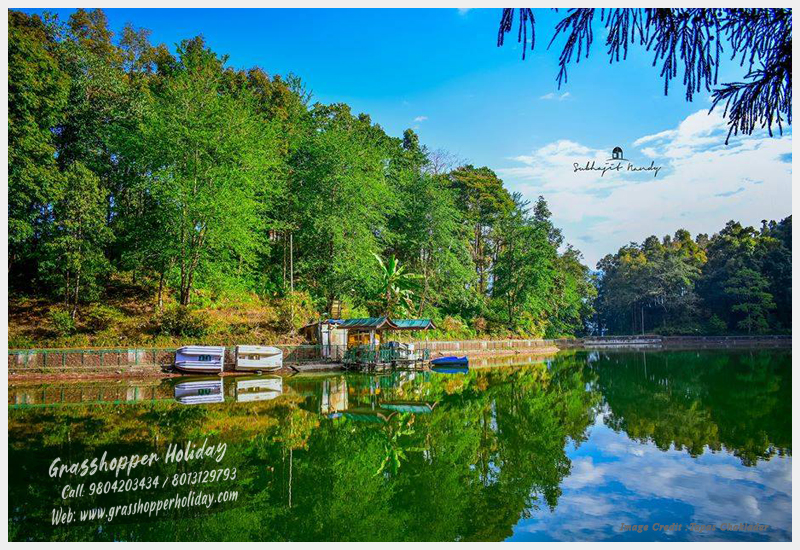 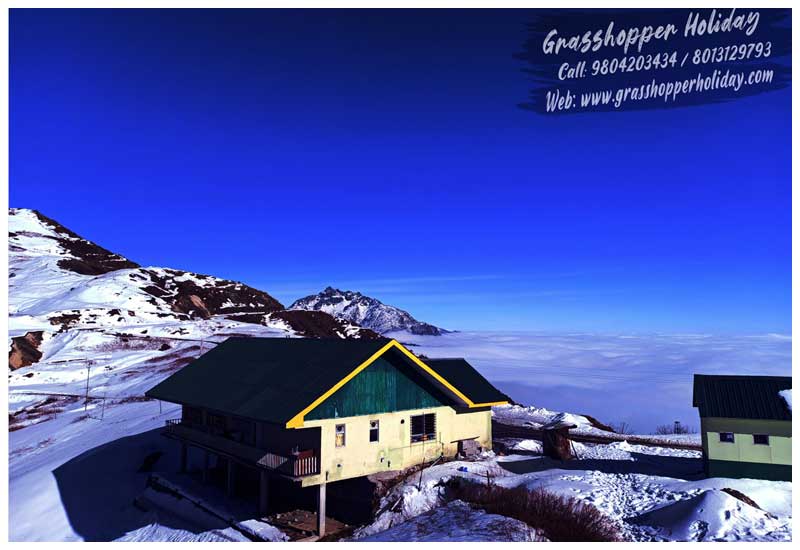